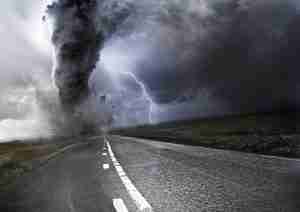 I have heard many people say that the sound of thunder is one of their favorite sounds! A long low rumble has never bothered me, that is as long as I know tornados are not a threat at the time! Whether you find it soothing or not, you definitely should respect it.

According to NOAA, 49 people die from lightning each year in the United States. So far this year, 9 people have died while outdoors during a thunderstorm. The National Weather Service states that NO PLACE outside during a thunderstorm is safe. If you hear thunder, lightning is close enough to strike you. Simple rule of thumb, “When thunder roars, go indoors” and wait at least 30 minutes until after the last rumble of thunder to go back outside.

Here’s a few other lightning safety tips to keep in mind:

The weather for Minneapolis over the next week looks pretty quiet, just a few spotty thunderstorms here and there with some rainfall. “Quiet” doesn’t sound so bad right? If you experienced wind or water damage to your home after the storms that hit the north metro on June 11th I am sure that is music to your ears!  We at 24Restore do not wish disasters like this on anyone. We do however find great pride in coming to the rescue after a storm that has caused damage and restoring your property back to new!

~ The People ~ The Equipment ~ The Expertise ~