Is Anybody Else Around Minneapolis – Saint Paul Singing “Rain, Rain Go Away?!” 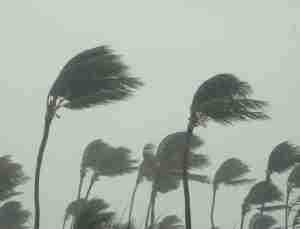 A number of communities are cleaning up after powerful winds, heavy rains and at least one tornado tore through southeastern Minnesota Thursday night, leaving thousands without power and some schools closed.

The National Weather Service has already confirmed that a tornado touched down in Cannon Falls, a community about 30 miles south of the Twin Cities. Thankfully so far, no injuries have been reported.

However, the tornado downed power lines, leaving hundreds in the dark. As a result, the local school district, which was affected by the outages, canceled classes.

In nearby Owatonna, Faribault, and Northfield, classes were also canceled due to power outages and blocked roads.

The National Weather Service has several crews investigating damage across southern Minnesota. They will determine if the damage was caused by tornadoes or strong winds.

TV crews found extensive damage at the Faribault Municipal Airport. The landscape was littered with sheet metal from mangled hangars, some of which collapsed onto the planes they housed.

In nearby Northfield, the Red Barn Pizza Farm was completely flattened. It remains unclear if the culprit was a tornado or straight-line winds.

In the Twin Cities metro, some communities dealt with flash flooding as the storms dumped inches of rain on cities that were already soaked by days of showers.  Minneapolis-Saint Paul had a daily record rainfall of 3.28 inches. That more than doubles the previous record for the date of Sept. 20th of 1.82 inches in 1902!

Here are some wet facts!

Year to date Minneapolis – Saint Paul has had 26.81 inches of precipitation, which is 2.56 inches above normal for this time of year.